The question is not "whether or not it occurs", but rather "is the occurrence relevant?" Theoretically dropping a single grain of sand upon the ground will shift the earth's path in an equal and opposite direction. This we know and can calculate with extreme levels of perfect prediction, but should we actually concern ourselves with walking so softly for fear of knocking the earth from orbit? Relevance.

Is the battle against global warming relevant? Is it winnable? Is it truly that surprising that humans of power become infatuated with conquests whether they be our president, a golfer or mechanic? Go stop go stop go stop. Heroes and fools and the difference is only whether we agree with the obsession at hand. Does it really matter if we skip a meal or a red light, make our bed or change the oil in our car?

And as perplexing as it seems the common thread remains 'is the occurrence relevant' "to me?" And of course the perspective of ramification must be taken into account.

And speaking of relevance. Lets take a dive into the insignificance of the world of sound and the meaningless focus on one of the few things in life that vanishes when you hit the 'pause' button. Stopping time gives a perfect picture and perfect silence. Sound is and requires time. Sound is serial while vision is parallel. And live sound is just about as serial as it gets. And pondering over the years the many ways to optimize that ever so complex and enjoyable connection between the music as it is created and the the ears immersed in absorption, I have found that my importance is magnified by the less I need to do. The perfect piece of audio gear is so transparent that it's existence is never heard. Hmmmm, I wonder if in the bigger picture I count as a piece of audio gear?

Anyway, regardless of your opinions on those matters, I thought I would share some things I have unraveled that may be helpful in to sound humans piloting audio now that I am increasingly getting my head around around my natural reluctance to be on video. I am finding the visual medium much more effective in communicating certain concepts for the exact reasons that sound is so challenging to explain. So here is a bit about my approach to mixing live shows.

and lately one of my favorite things to do has been working on little projects like the NL4 an NL8 testers as well as a whole bunch more. Here is a bit on the very first in the series:

And since speakers and dynamic mics are exactly the same but just differing sizes, that means just a voltage presented to a speaker makes it move, moving a speaker makes voltage. Here is video showing how to use that aspect to check continuity of a speaker with any piece of metal big enough to reach both terminals

Ha! It is all about boredom avoidance and perhaps maybe a bit about not forgetting the things that are enjoyable to remember.

On some other fronts, Coachella is coming up fast and last I heard Rat has 7 semi's heading to the desert. Heck, I did not know we even had that much gear. I do know I agreed we buy a Midas Pro6 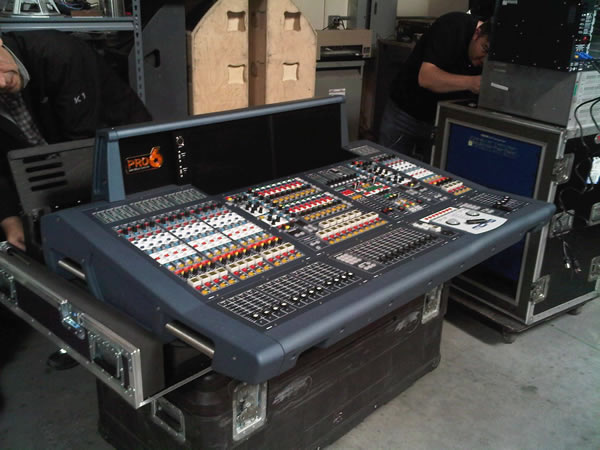 16 more K1, I actually think Rat is the first company worldwide to put in a second order for the Maserati of sound systems. And speaking of sexy rides, check out the new Rat truck 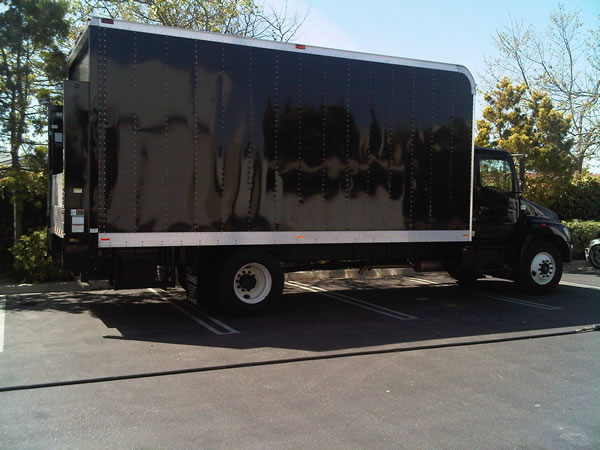 that is 3000 pounds lighter which means we can actually get 10,000 pounds of gear in a bobtail without being over weight, I mean how crazy stupid is the whole box truck thing? 26,000 pound weight limit and 20,000 pound trucks on 32,000 pound capable chassis. So We were like, "Hey, how about we order us up a light weight truck and nearly double the capacity?", Pure rocket science I tell ya, though nowhere near as good as it could be if the truck makers were half as on the ball as the speaker manufacturers.

And so, now off to pretending I know the business side of things. (Don't buy it, I am just a knucklehead sound guy in disguise!)

Two years ago January, Rat saw nothing but haze in financial workload future and went into that caution mode when danger is abound, as will Rats do. I can say it is refreshing to see blue skies ahead as it seems the bumpy roads are behind us, at least for the time being. So then I thought to take a gander at a not really related angle but interesting none the less. Hey, just to get some perspective and relevance on all the chatter and did a google search on "national debt by year" and this came up:

I don't know what will happen next but I have a pretty good idea and my bet is that the national debt will slow its Bush era acceleration while domestic product increases and we see something like the Truman, Carter, Clinton reversals over the next several years. But hey, though I could be wrong I found this a comforting in some odd way. I guess the question remains, about relevance and what to concern ourselves with, meanwhile never forget that random ignorant panic is always an option.:)

Cool cool, enough for now. I hope to get back to my less serious more wandery self soon enough as it looks like I may have a new sound gig that I am excited about. But that will have to wait. And most of all I truly hope that the info I am sharing is as useful or interesting as the responses I get make me happy.