Well it has been a while since I posted, not for lack of desire but rather lack of focus. Like the stock market or surfable waves, so goes inspirations and distractions. Anyway here's what I got. I did three low tech scruffy youtube videos, this time talking about optimizing mic polarity for monitors and front of house for live shows.

Part 1 covers setting kick polarity as well as the rest of the drum kit to align with the drum fill and increase volume and reduce feedback.

Covers setting polarity of bass mics, DI's and in ear monitors to line up with the monitor wedge system polarity. Also a bit about the effects of delay caused by digital console on in ear setups.

Covering polarity of main PA versus monitors, conventional and cardioid sub and polarity of polar patterns

And now for some less techie stuff, check out this bike. Ooooh! Anyone know who makes these things? 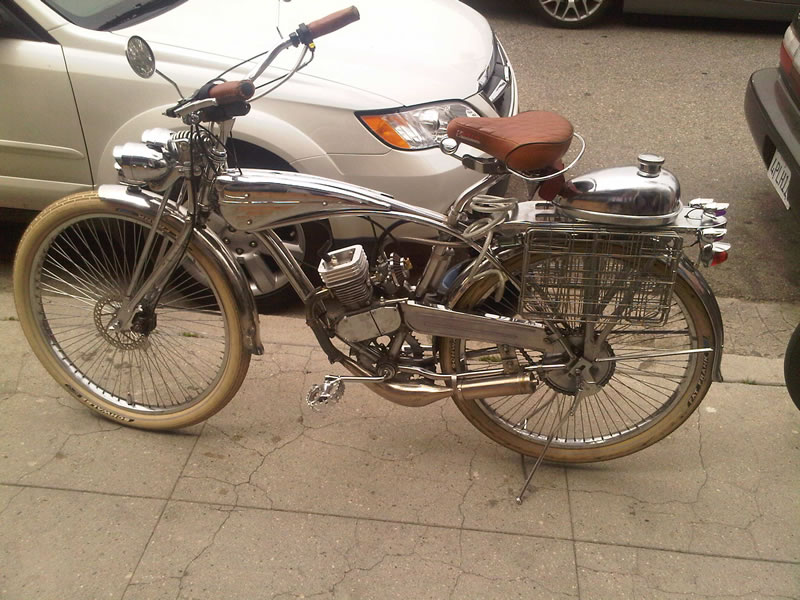 My little pooch Bones is doing well, super pal and jogging partner that I clocked at 20 miles per hour, boy can he run! 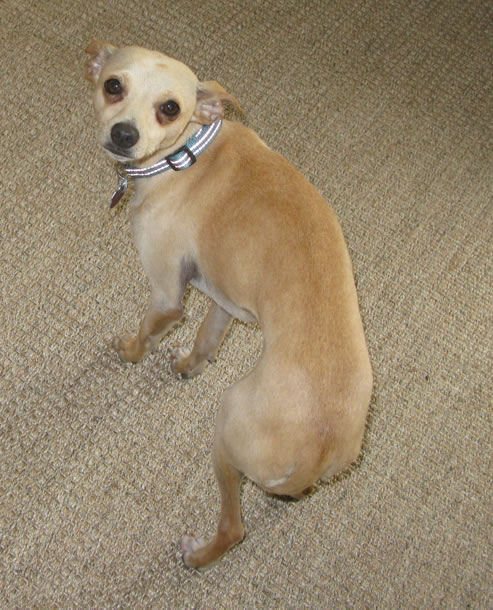 Here are what I consider to be my super cool mixing essentials. I brought this in to the Roxy to mix some Chris Cornell solo shows. 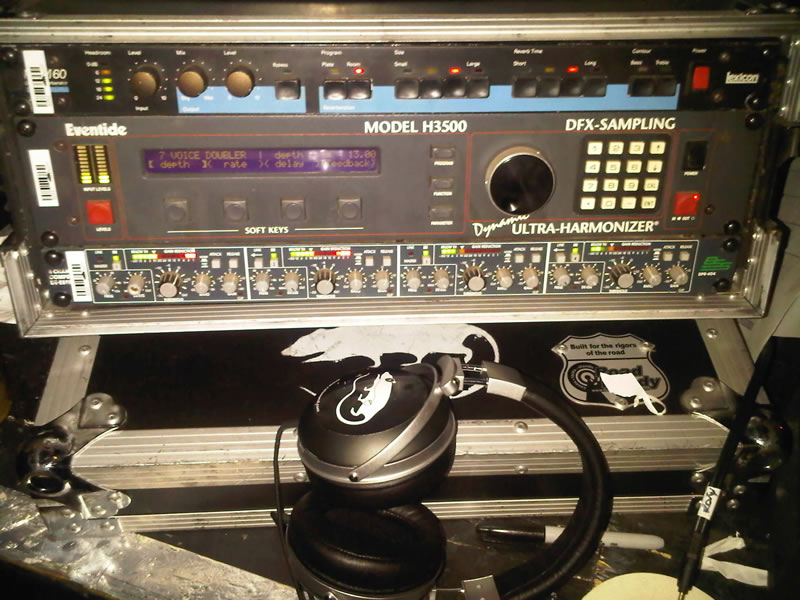 The secret to the Lexicon PCM60 sound is the analog front end. Basically you can get a nice reverb sound from these but they really light up when you hit them hard and clip the input. What happens is that the clipping adds a bit of distortion to the signal that then gets fed into the reverb causing a rich thicker sound when used on drums. So even though there is only 4 room sizes, 4 reverb time and 2 types, that added dynamic of adding the input crunch, adds a whole new dimension of sounds. Oh, and also, the input distortion is so rich that I actually use the PCM60 as a distortion effect on vocals with the reverb mix knob dialled to direct. And it is the best vocal distortion effect I have found.

The DPR404 is just simple, compact and a very usable compressor unit. The key to a good comp? The meters actually look like what you hear it doing.

The H3500 is awesome because you can around the presets and saved memories in a snap. I just memorize my program #s and punch them in on the keypad. None of this "button hold down crap" to change parameters either, just spin the wheel. Great for vocal thickening, autopanner, long delays, and pretty much all I need for everything vocal (except distortion).

The Denon D2000 headphones are my now go to winner of the Mighty Headphone Quest I blogged about and I don't leave home without them.

Oh, and speaking of super cool, my 14 year old daughters are pure awesome! As you can see their exuberance that I dragged them into Home Depot, they are my pals, part time roommates and best friends all rolled into two. 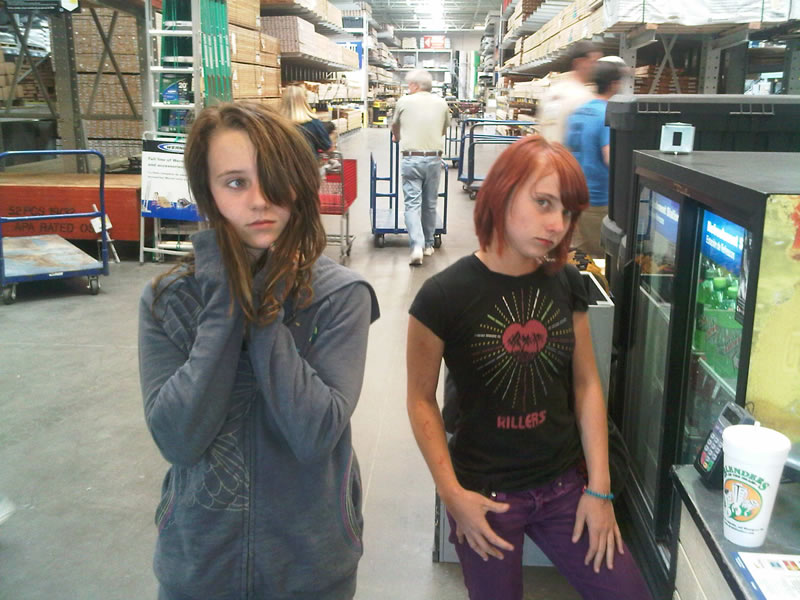 Hey, so you fire up your PA and much to your dismay you find one of your cone speakers has developed a rip. Aaargh! Need to make it through a gig? Or maybe it was just a wayward screwdriver, either way, here is the glue ya want to fix it. Available at most auto parts stores, this is nearly identical to the glue used when the speaker was assembled. If you can, patch from the back to minimize ugliness. It dries pliable and super strong and very quickly. 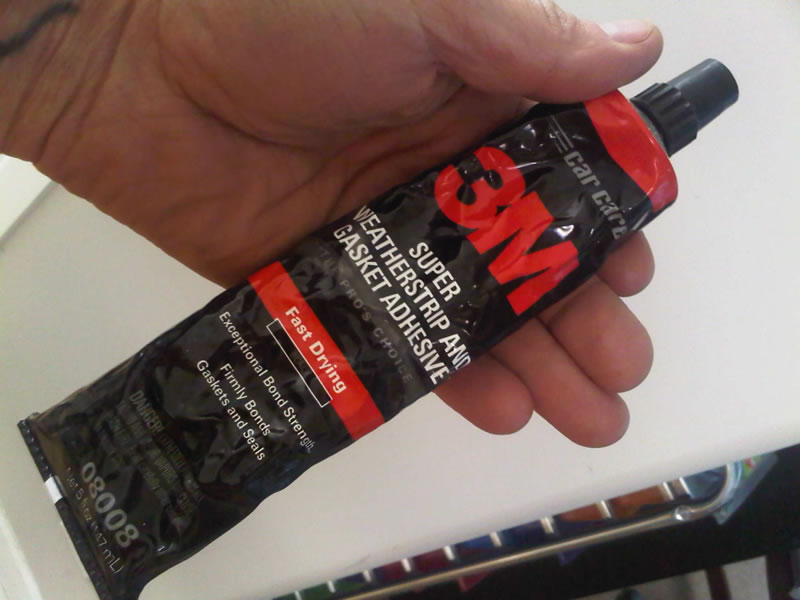 MicroSubs are doing great! Pearl Jam and Limp Bizkit both are using them on current tours as drum subs and we are getting rave reviews. Here you can see one of the engineering models with the Rat Cover we made. 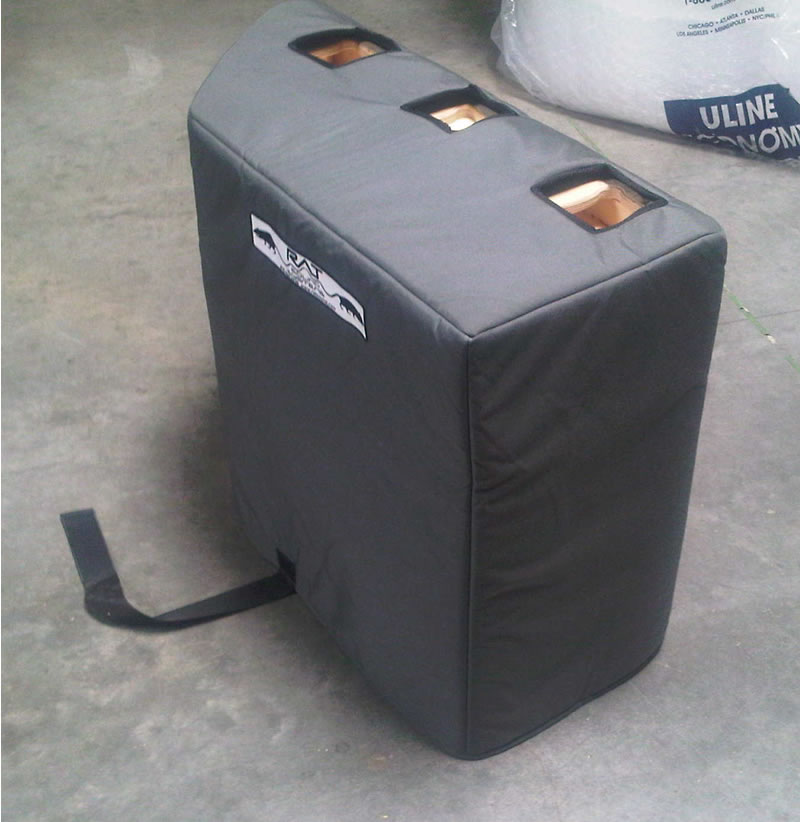 I took this a few months back when I mixed Soundgarden at the Showbox in Seattle. I hate saying this but 'you should have been there!' It was goosebump awesome! There are some pretty good youtube videos of the show floating around that are worth checking out. 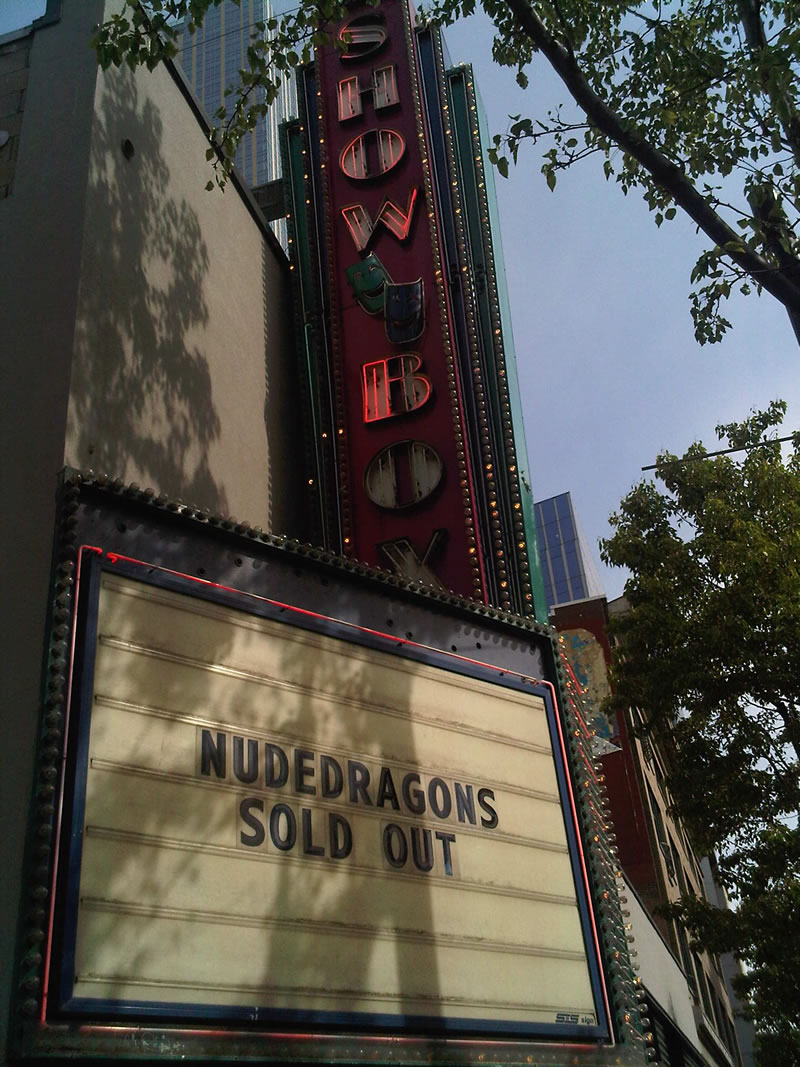 And speaking of exciting, here is a pic of the inner sanctum of Red Hot Chili Peppers rehearsals. They are rocking an all MicroWedge 12 setup and all the wedges are being run in passive mode! I cant tell ya much but I can tell ya that I am super excited about what I have heard and can not wait till tour. 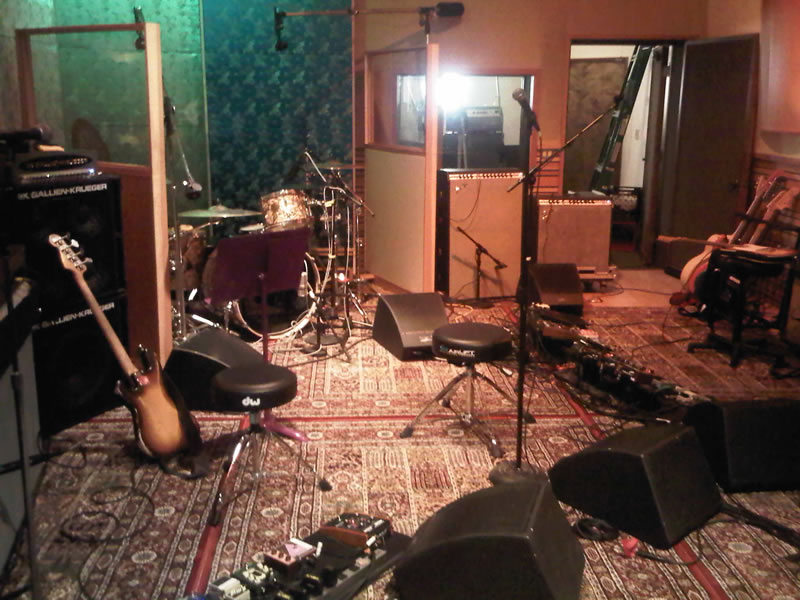 And speaking of MicroWedges, here is Chris Cornell's stage setup for the Roxy shows. These were also run in passive mode. Oh, so easy! A Lab Gruppen 6400 runs 2 mixes no processor and a MicroWedge in Passive mode will beat most biamped and fully processed wedges out there, I did not even use 1/3 octave EQ's as the channel EQ was more than enough to get them louder than needed. 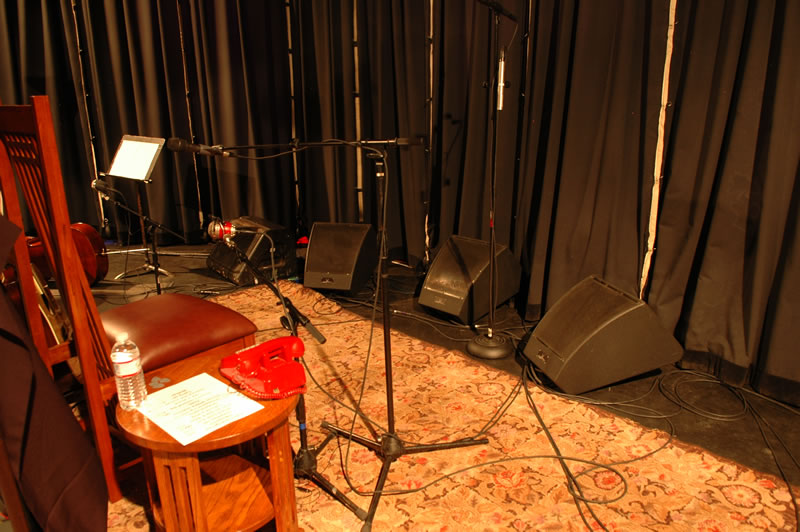 So I am at E3, the big Gaming convention doing some mixing and what do I see? Hey, a Rat Trap 5 caster plate! Relabeled and being used for a non Rat Trap 5 application. IU thought about doing the "hey that's mine" but decided that we have enough spares and I really did not want to lug it around all day. Consider it a gift AVP. 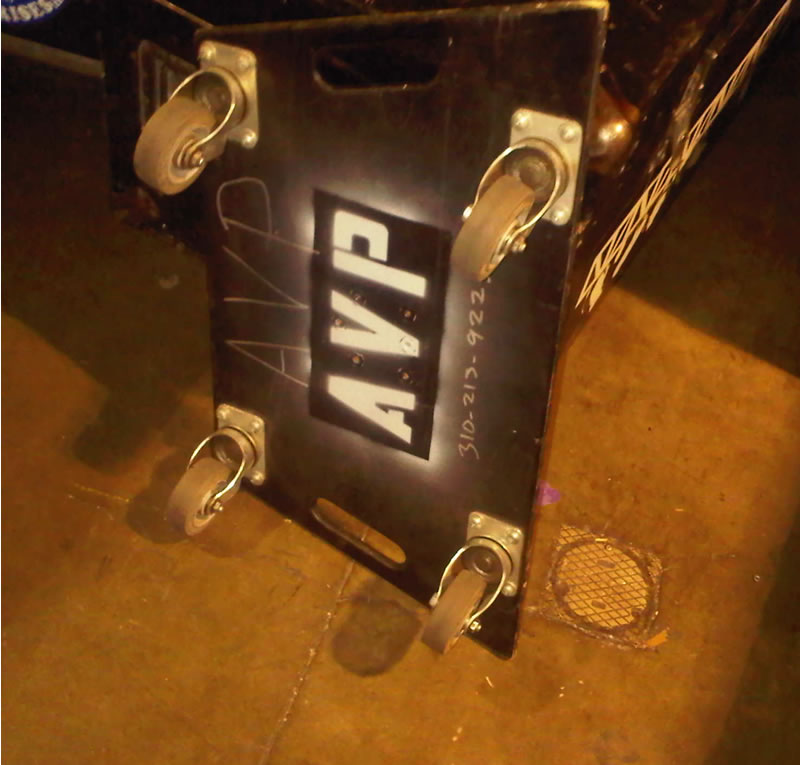 So what have I been doing these last fem months other than the above? Well, surfing of course with the C-Street 7 am crew that is actually now the 7:30 am crew. Which lately, due to the fact that the wave height to human size ratio has been a bit low, I think the surf observation crew, may be more appropriate. 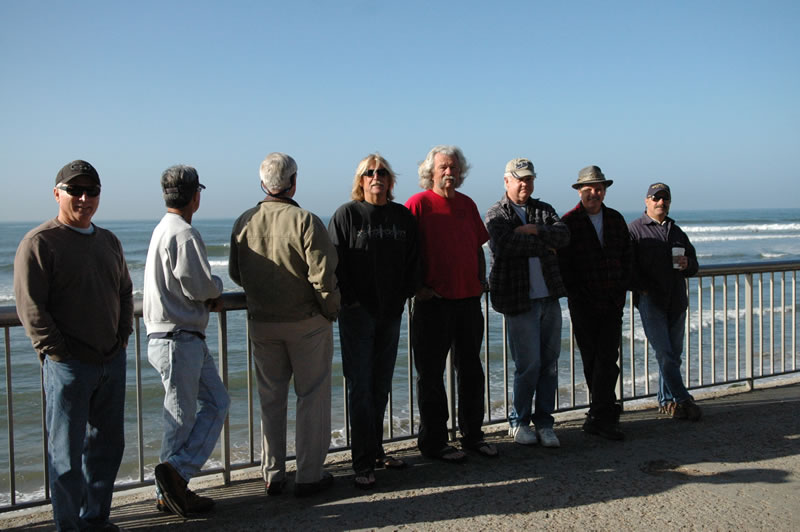 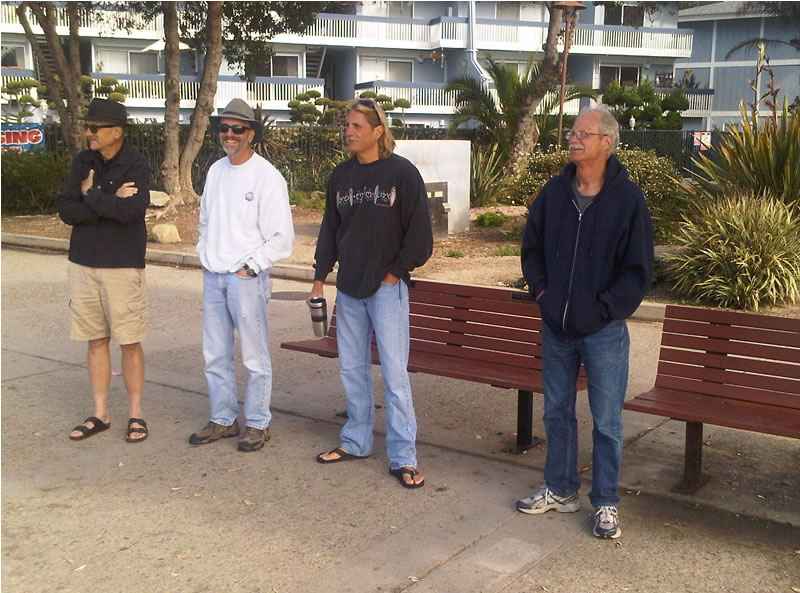 Oh, we finally have MicroWedge tripod stands available that fit both the MicroWedge 12 and MicroWedge 15. Here is the series of prototypes starting with the Radian version on the left and the final version with reversible plate on the right. If ya need these, give the Rat Shop a shout and talk to John Karr. 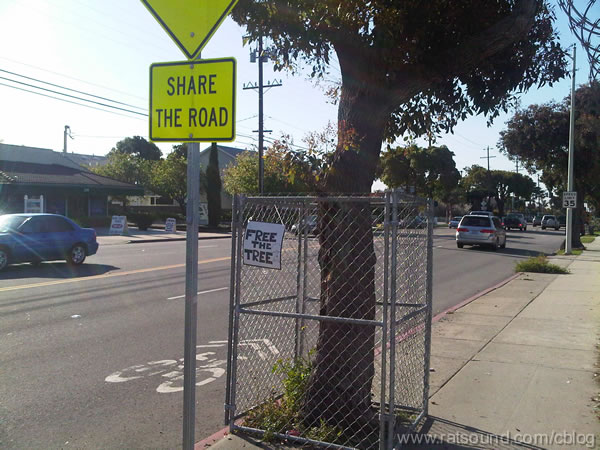 that the tree is finally free, though not in the manner we hoped or expected. Capital punishment for it's crimes has been handed down. No trial, no appeal. 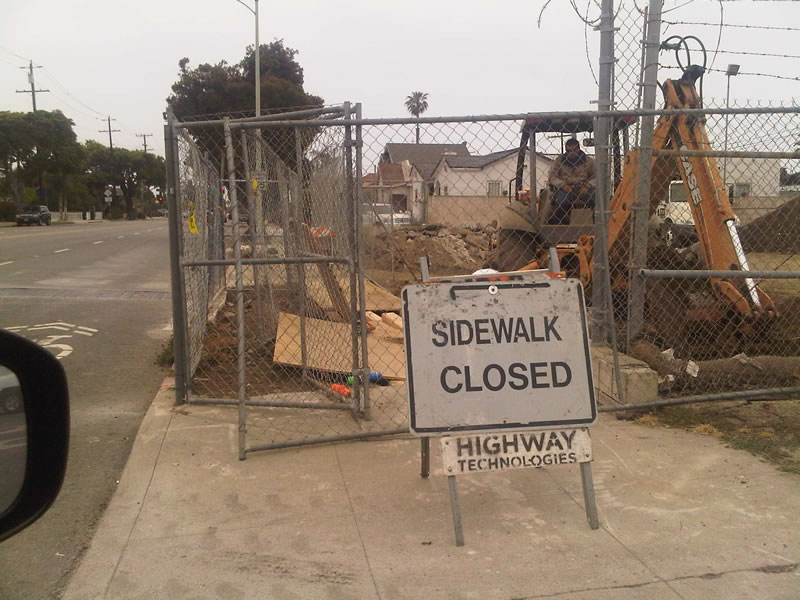 Finally, if you own a sound company or any type of rental company for that matter, I am sure you run into the "should we buy the gear? Subhire it? Is Lease better than getting a loan? How will this effect our income? Our cashflow? How long to recoupe? and so on. So, I created a simple Rent versus Purchase calculator. Just plug in the purchase price and how much it would cost to subhire the gear, how many rental week you predict it will work and a few other numbers and it should ghelp a bit with the decision. It is in Excel and there is a link to download it below though at some point I hope to post a functioning web version.

Rock on and till sooner or later,